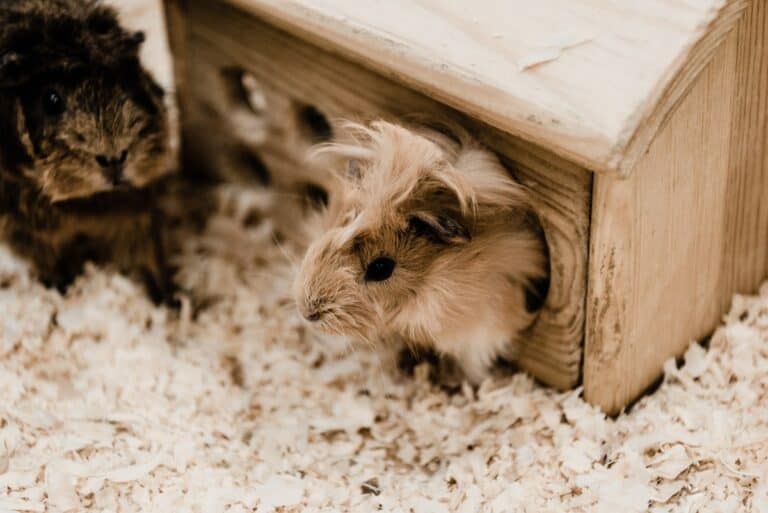 The Angora hamster is a very special hamster. You will quickly identify it because of its long hair which is characteristic of its species. But in fact, is it really a hamster species in its own right?

Where does the Angora hamster come from?

It is believed to have first appeared in England in the mid-19th century. The Angora hamster is a subspecies of domesticated dwarf hamster that was developed from the golden hamster from Syria. Some breeders do not consider it a species in its own right, but not all specialists agree. The only point on which all enthusiasts agree is that this small mammal is part of the cricetidae family.

The Angora hamster: a long-haired hamster

It is characterized by itssilky fur and bushy tail. They can measure up to 12 cm long, including their tails, and generally weigh around 100 to 150 grams.

Angora hamsters are usually white, but can also be grey, black, brown, cream or red. Their long and silky fur is soft to the touch. They therefore need regular brushing to avoid knots in that soft tuft of hair! Males are generally larger than females and have longer fur.

Very sociable and like to playThey are at least as curious as our human children, with whom they will undoubtedly make friends very quickly. Their side easy to train is an additional asset to get them adopted by children.

Generally very gentle and affectionateAngora hamsters love to be petted and cuddled. They are known to be one of the calmest and easiest hamster species to handle. They are considered to be very intelligent and can learn to do simple tricks. To sum it all up: they are an adorable little ball of fur.

Not only are they very affectionate and calm, they are also gentle, hugs and players! All these characteristics make them predestined to become a ideal pet for children.

Ideal for children you said?

Yes, if and only if they don't sleep in the child's room at night! Otherwise, beware of unwanted awakenings! Indeed, the Angora hamsters are nocturnal animals and spend most of their time sleeping during the day. On the other hand, they are very active during the night and can travel up to 8 km in their wheel, which is sure to cause a lot of noise.

At dusk, they start to go out and play

They love to play with wheels and balls, and have also been known to dig tunnels in their cage. Angora hamsters are generally very curious, which makes them fun to watch. They are very clean animals who spend a lot of time licking and grooming themselves. They also like to play in their litter box, which can help them clean their fur.

The food of the Angora hamster

The food of the Angora hamster is essential for its well-being. It is important to provide your hamster with a balanced and nutritious dietThe food is rich in protein, vitamins and minerals. It is recommended to give your hamster a small amount of food in small pieces, because they have a very small dentition.

Foods to avoid are those that are high in sugar, starch or fat, as they can cause health problems in your Angora.

As far as food is concerned, we recommend seeds, fruits, vegetables and herbs for the Angora hamster. Again, Angora hamsters need a balanced diet and access to clean water.

Very sensitive to changes in their diet, avoid frequent variations in the type of food food If you want to give them new foods, introduce them gradually.

Care of the Angora hamster

It is the weak point of this species of hamster: if its fur is so soft and source of many cuddles, it remains a disadvantage of size: it is necessary to brush regularly their fur to avoid the nodes and the fluff and to avoid that its hairs do not become tangled.

Angora hamsters need a spacious habitat with a wheel, toys and hiding places. They are very sensitive to heat and cold. They are also prone to respiratory diseases. Angora hamsters are very fragile and must be handled with care.

What is its life expectancy?

L?life expectancy of an Angora hamster is 2 to 3 years in general, even if the most robust of them, if they are well fed and live in a peaceful space, can live up to 5 years in captivity.

Whether it is at a breeder or in pet shopThis species is less common than the traditional Syrian, golden or Russian hamsters for example, their price is slightly higher than these ordinary hamsters. It is often sold under the name of "long-haired hamster".

Video on the Syrian Angora hamster

5 popular hamster breeds: which one is right for you?