All about the Chinese hamster

Home " Hamster info " All about the Chinese hamster 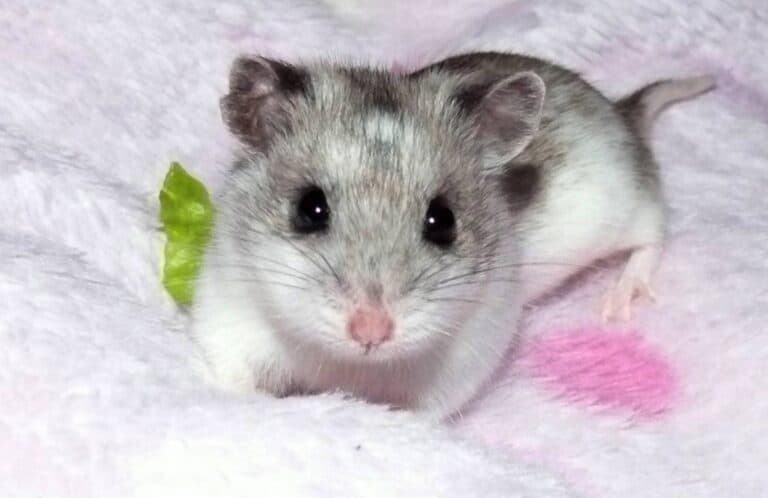 The Chinese hamster (or Chinese hamster) is a dwarf hamster, and has a little varied color unlike other hamsters whose coats can be very different within the same race. Visually, it looks like a cross between a hamster and a mouse.

Description of the Chinese hamster

Relatively little sold in pet shopHere's how to tell it apart:

Origins of the Chinese hamster

Not sure if I need to answer this question but just in case: the Chinese hamster comes from the desert areas of Mongolia and ? of the North-East of China. Not very original indeed!

It spread to the West at the beginning of the 20th century, mainly because it was used to perform laboratory tests.

Behavior and character of the Chinese hamster

The main traits of the Chinese hamster are :

Life span of a Chinese hamster

Chinese hamsters are relatively robust animals that can live an average of 2 to 3 years in captivity. They are, however, susceptible to respiratory diseases, so they must be raised in a clean environment if they are to reach this age.

Chinese hamsters are omnivorous animals. They eat mainly grains, fruits and vegetables. They also like insects and small animals.

Make sure you also provide them with some grass or hay which will be very appreciated by these small rodents because of its fiber content.

Is the Chinese hamster recommended for children?

All hamsters are suitable for children. But this one is perhaps a little less than the Russian hamster or gold for example, because although harmless, it is in most cases less sociable and more independentThis can be frustrating for a young master.

They are very active and therefore need a large enough space to run and play. A cage of 60 cm long and 30 cm wide is ideal for a Chinese hamster. The cage should be equipped with a wheel, a house, a litter box and a water container. Chinese hamsters also like to scratch and play with plastic toys, such as balls or rings.

Where to buy a Chinese hamster?

They are less and less frequent in pet shops, because they have been replaced by hamster, such as the Syrian hamster, the golden hamster or the Russian hamster.

If your choice is a Chinese hamster, you can find one in a shelter or in a at a breeder'sEach has its own advantages and disadvantages. Shelters will offer hamsters for adoption, but with little choice. This is an interesting option for people who want to give a home to an animal in need. Also, shelters may not have the same selection of breeds as a breeder and may not be able to provide specific information about the history or temperament of the animal. Breeders, on the other hand, are experts and will be able to help you find the perfect Chinese hamster for your needs, but for a higher price.

All about the Roborovski hamster

Do not feed any of these foods to a hamster